We influence economic, social and environmental law; the support agents for sustainable development.

Since inception, FFOS has been engaged in advocacy work for projects throughout Trinidad and Tobago. Such projects include the Toco Port and the Charlotteville Port; the Atlantic LNG Trains I, II, III and IV; the Port Authority of Trinidad and Tobago expansion project at Invaders Bay which involved the clearing of wetlands; the alternative development plans for Sea Lots, Port-of-Spain and Forres Park; developments in Las Cuevas, Maracas and Sea Lots; the National Energy Corporation Port at Claxton Bay for the Essar Steel Complex; and the Alutrint Aluminum Smelter in La Brea. 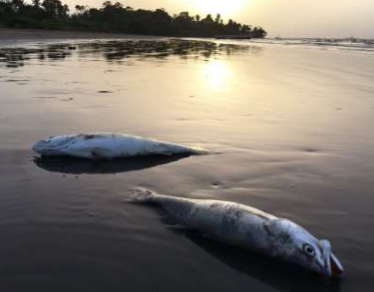 Most recently, FFOS has actively pursued litigation to ban shrimp trawling in environmentally sensitive areas; to regulate seismic surveying in key fisheries; and to appeal the Water Pollution (Fees) Amendments Regulations, 2006, before the Judicial Committee of the Privy Council, to clarify the meaning and application of the Polluter Pays Principle in Trinidad and Tobago.

To promote sustainable development, sound environmental management, accountability, consultation, transparency and community empowerment throughout the Caribbean and the wider world.

A sustainable world, where every person has genuine concern for human and environmental health, and is empowered to act.