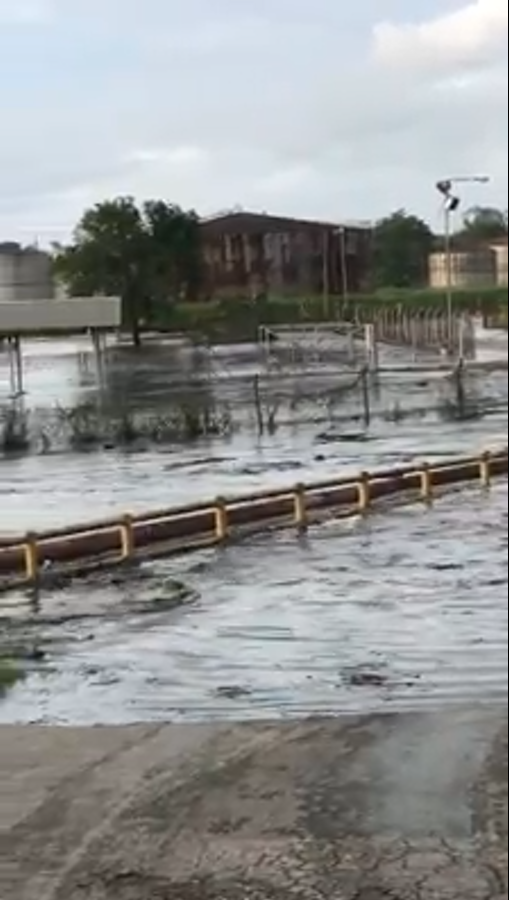 FFOS are deeply concerned that another oil spill is occurring tonight Sunday 7th June 2020 at the Heritage Refinery Tank Farm in Point Fortin. The Police have cordoned off the area.

FFOS fully disapprove of the method of testing the Tanks by loading them with water when property damage could occur if a rupture happens, as many cars were washed away. This is reckless conduct contrary to the public interest.  Furthermore, it appears from the videos circulating on social media and from eyewitness reports that these Tanks that were filled with water, also contained hydrocarbons. This water/ oil mixture is flowing into the Gulf of Paria, polluting our marine food basket.

The Minister of Energy must immediately make public the volume and nature of oil that is being spilled.

FFOS call on the Institute of Marine Affairs (IMA) to respond urgently and to track the movement of this oil which will move in a clockwise/anti-clockwise gyre in the Gulf of Paria, and may wash onto our shores as occurred in La Brea in 2013. Depending on the ocean current this oil may also wash onto Venezuelan shores as occurred in the 2017 Tank 70 rupture.

The Minister of National Security should have by now sent warnings to mariners and fishers both Local and Venezuelan as oil is invisible in the night and will destroy nets if it washes onto it.

Have booms and other equipment been placed to contain this oil spill? Has the National Oil Spill Contingency Plan (NOSCP) been activated?

Why this silence from our Government?

On the eve of World Oceans Day, (Monday June 8th 2020), we remind our Government that every drop of hydrocarbon spilled has an everlasting impact on our health and marine ecosystem.

Gary Aboud
Corporate Secretary
Fishermen and Friends of the Sea