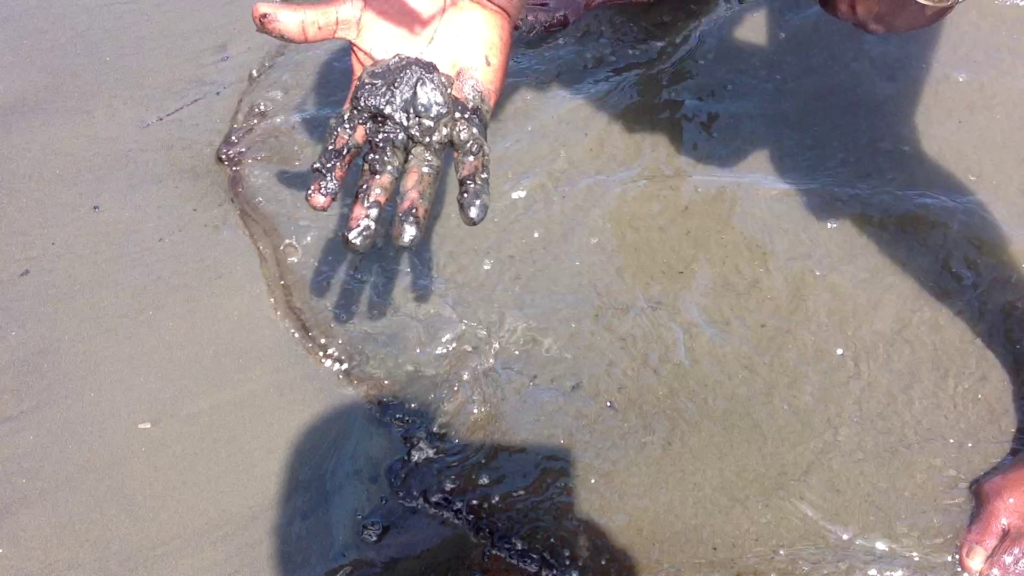 Warnings must be issued

Warnings must be Issued!!!

Fishermen and Friends of the Sea (FFOS) call on the Right Honourable Prime Minister to intervene and ensure Ministerial integrity and transparency in this regional disaster. The Minister is still saying it was 300 Barrels and Petrotrin has gone silent on this matter of public health and regional importance.

FFOS have received reports and pictures from reliable sources in Venezuela that large clumps of oil and dead marine species have washed ashore on Pampatar Beach, Margarita Island and Los Roques Islands and elsewhere along the archipelago of islands on the north west of the Venezuelan mainland. How far will this large body of oil travel into the Caribbean Sea? Will this oil travel all the way the Belizean coral reefs?

The circular motion of the ocean currents have transported still unknown quantities of clumps of thick fuel oil from the Point-a-Pierre Refinery port to Guiria in Venezuela, then northward through the 2nd and 3rd Bocas and into the Caribbean Sea as FFOS had predicted weeks ago. The Caribbean Sea is now being affected by large volumes of oil.

Public warnings must be issued:
FFOS appeal to the Government of Trinidad and Tobago to immediately issue public warnings to the coastal communities of Aruba and Curacao who should have already been warned, to be cautious and on the lookout for very large volumes of bunker type clumps of submerged oil (estimated to be in well in excess of 300 barrels of oil and not as claimed by the Minister of Energy and Energy Industries, Franklin Khan in Parliament). Should we be issuing warnings to the Government of Belize as well?
Based on facts of the tidal movement, and on the facts of where the oil has already washed ashore, FFOS encourage Aruba and Curacao to be on standby with booms to capture this sea of oil possibly over 100,000barrels, based on the full contents of the tank (150,000barrels), and the fact that some of the oil had been dispersed using the fated COREXIT 9500 in our near-shore Gulf of Paria waters. Already today there is a surge of dead fishes which have started to wash ashore on the beaches of La Brea.

Legislative structure required.
We hereby respectfully request that Parliament address legislative structure for all locally operating companies to be mandated (in Law) to report accurately the cause of any accident and the details of volume and risks associated with spilled materials. FFOS maintain that in matters of public health risks from environmental disasters there should be total transparency supported in Law.

Ministerial misinformation:
Honourable Minister Franklin Khan must address the nation with integrity and transparency and clarify all discrepancies surrounding the latest oil spill emanating from ruptured Tank 70 on April 23rd 2017.

The Minister must correct his statement that “300 barrels spilled from the ruptured Tank 70”. If the Minister cannot disclose these facts with transparency and integrity then the honour of an entire Government is placed under serious doubt.